2020 Presidential Debate: How much emotion did the candidates convey?

The presidential debate took place on the 6th of May in the TVP headquarters. First of all, it was the first debate before the presidential election with the full line-up, i.e. with all 10 participants – candidates for the head of state’s seat. On the basis of the publication placed on the portal polskatimes.pl – “2020 Presidential Debate: Who won? [SONDA] Ten candidates debated in TVP before the election [RELATION]” the Sentimenti team of analysts prepared an analysis of emotions that were evoked by the statements of the individual candidates. At the time of the analysis polskatimes.pl was the only such extensive source presenting the debate.

The analysis was done for the two most important opposing emotions, trust and fear. The intensities of these emotions were examined for, respectively:

Results of the analysis 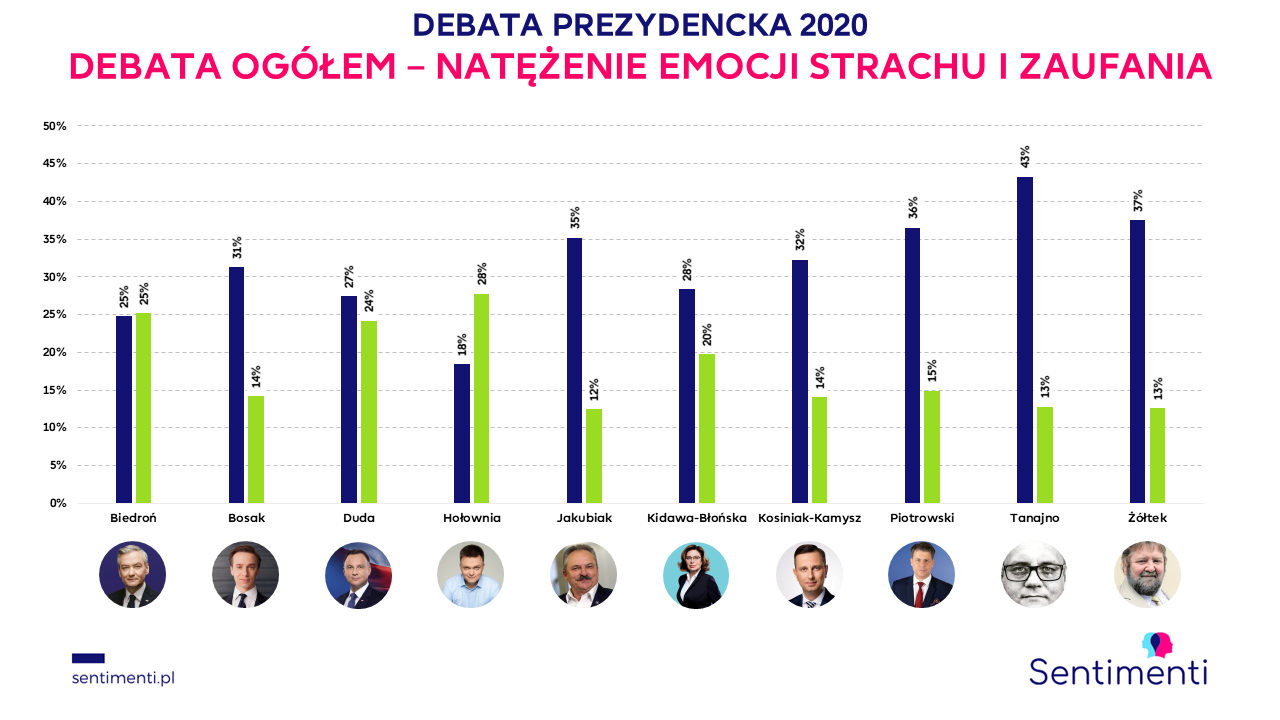 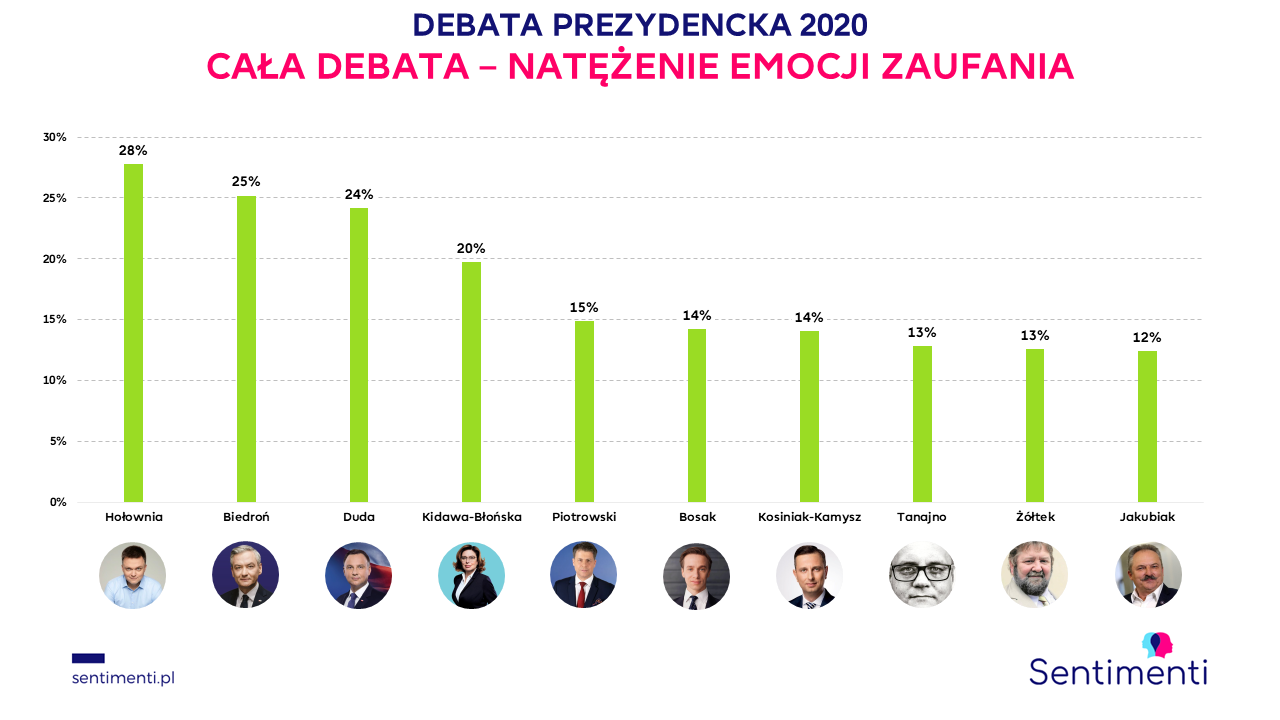 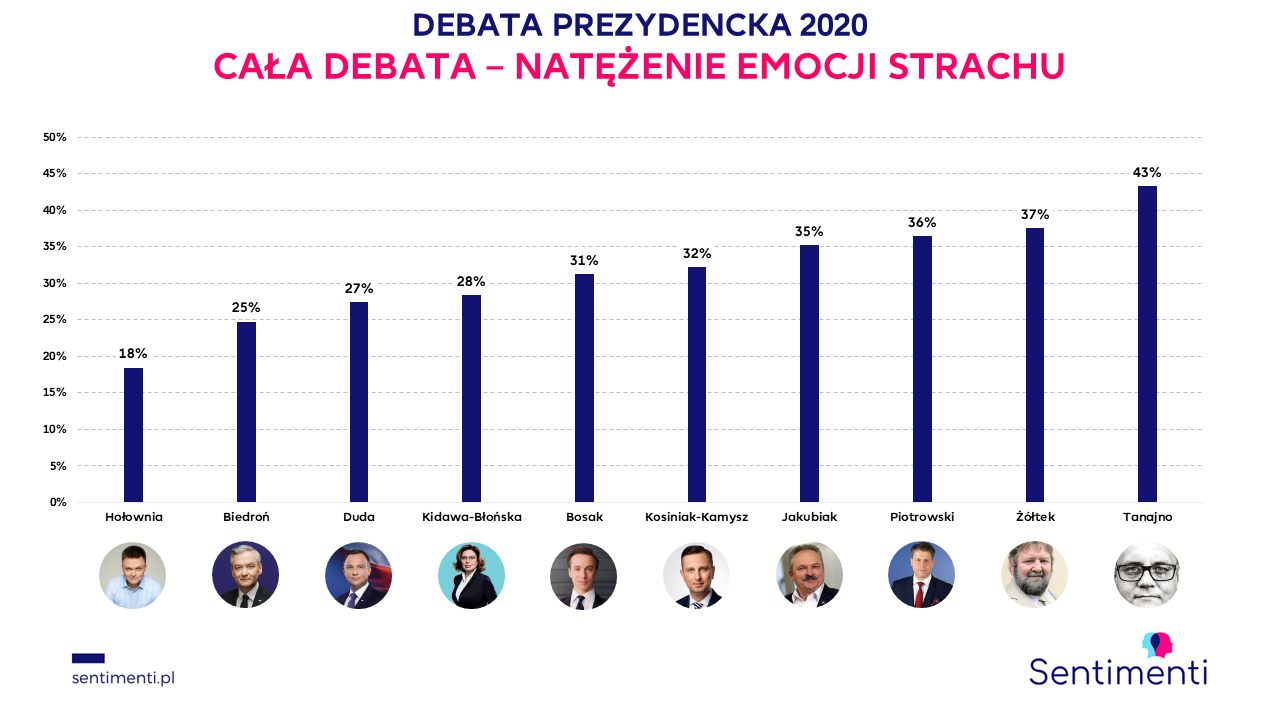 5 rounds with questions by candidate 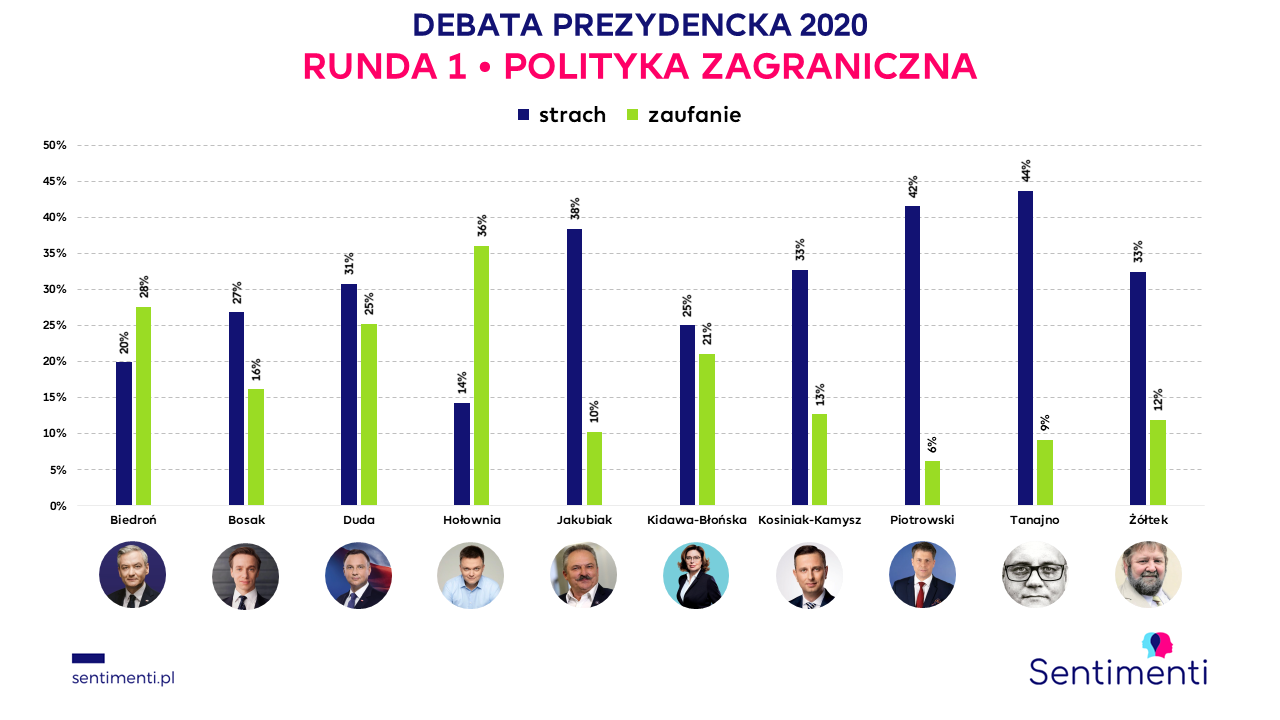 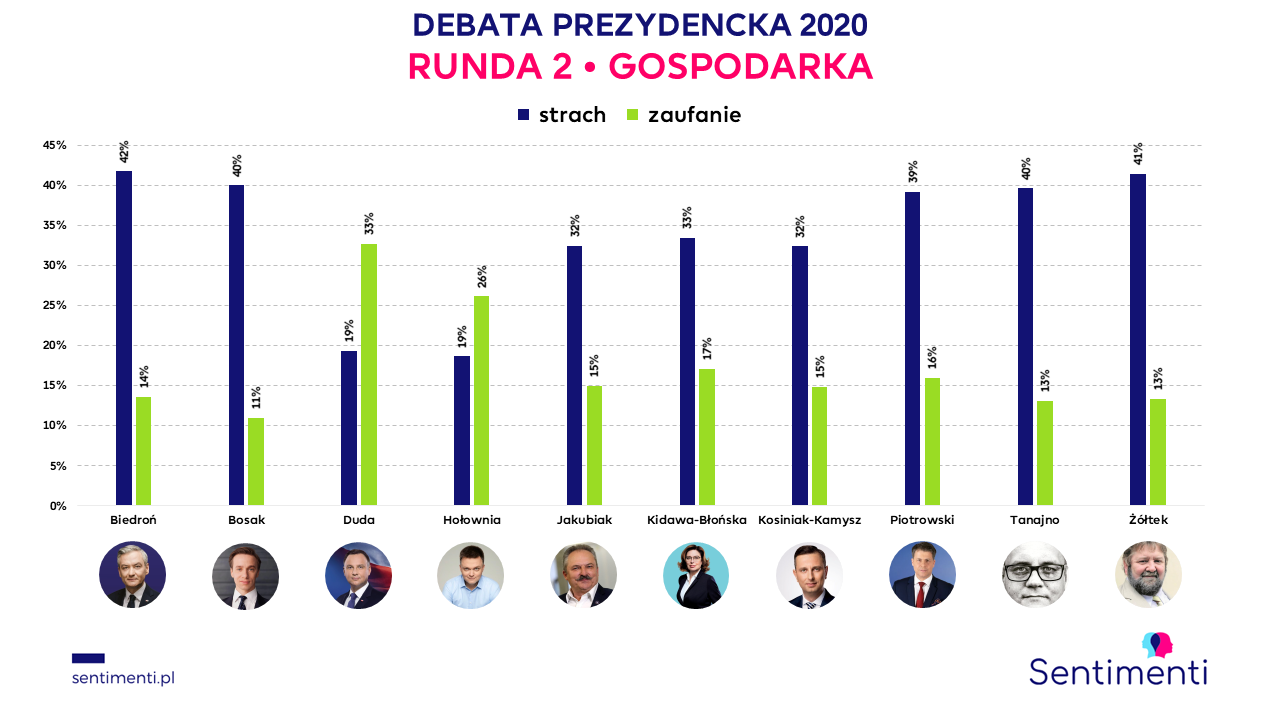 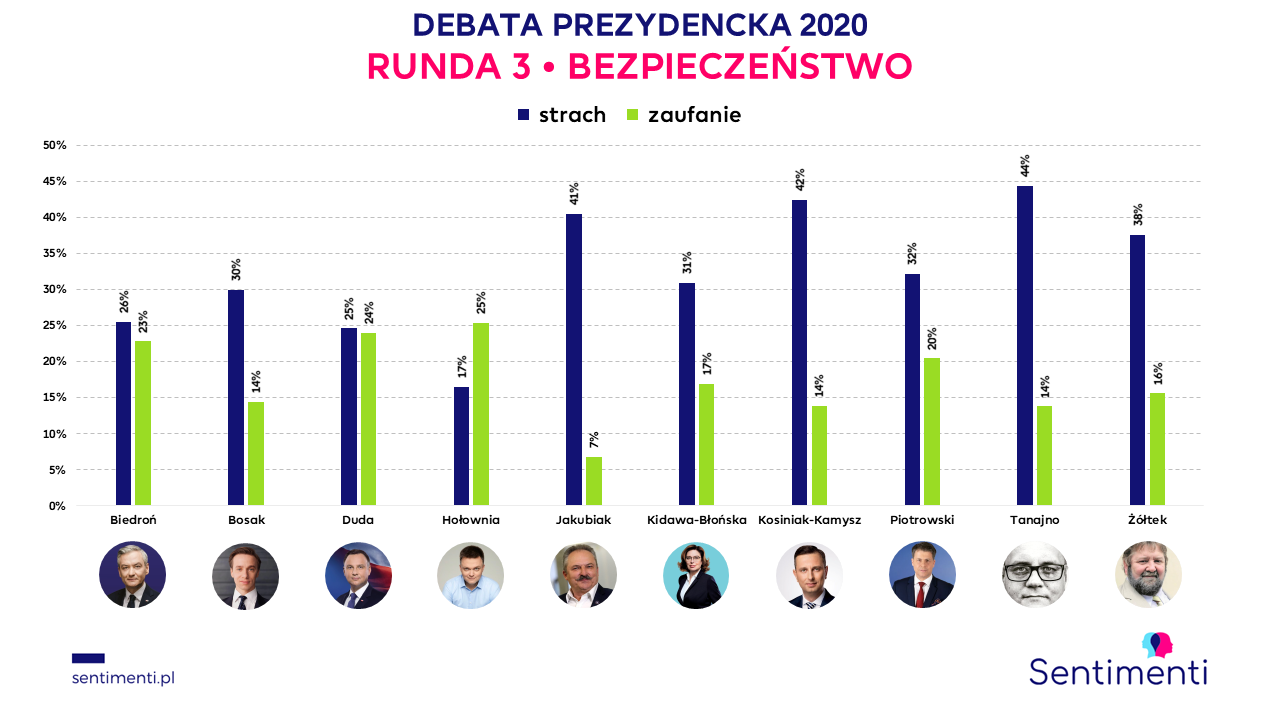 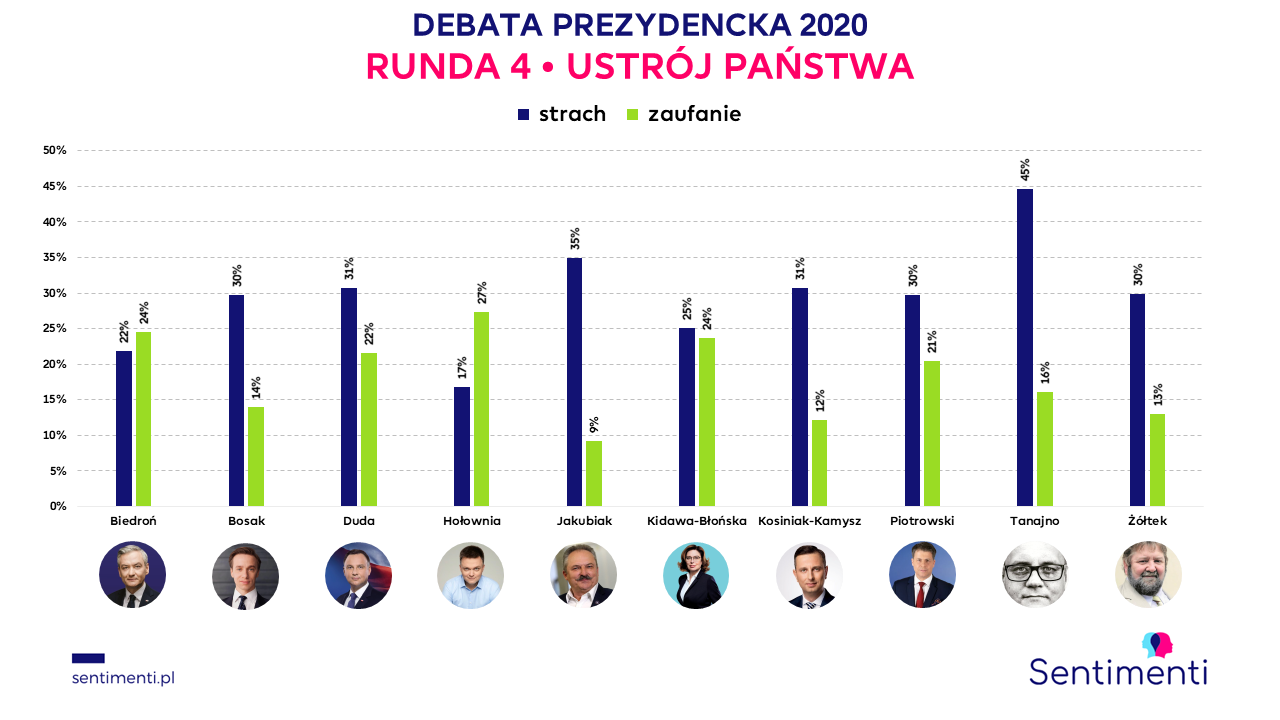 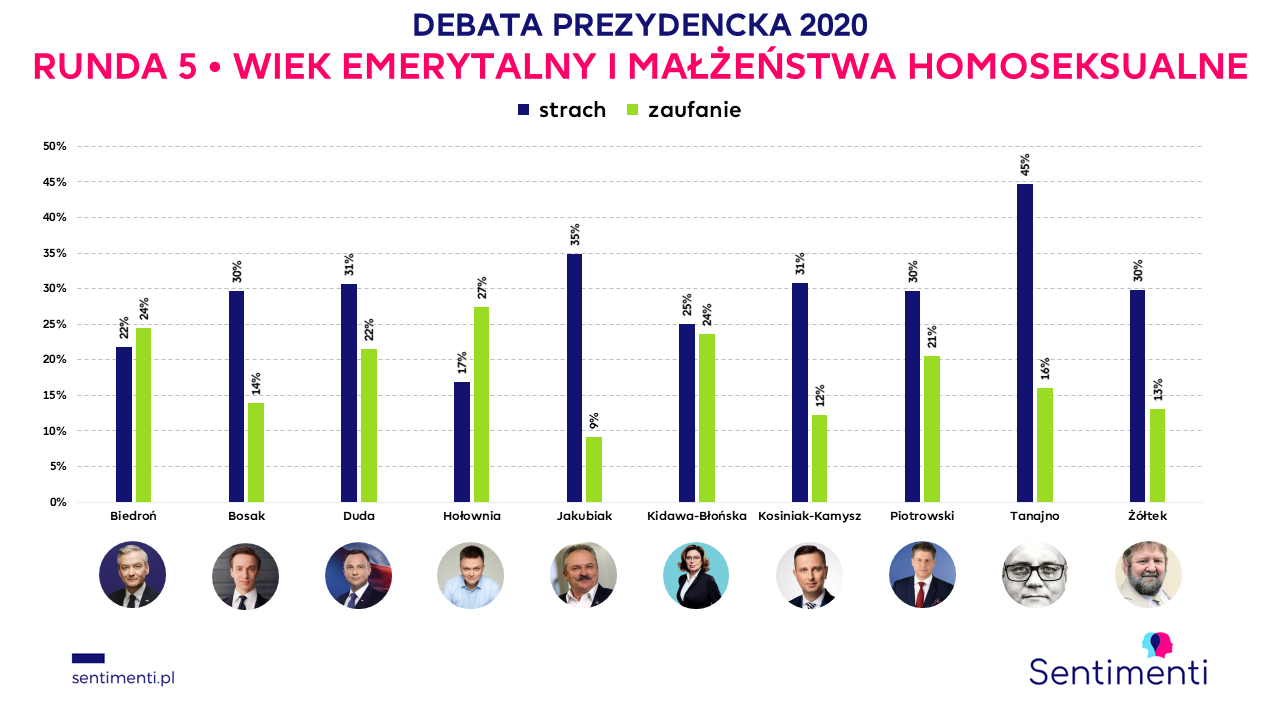 Free speech by the candidates at the end of the debate 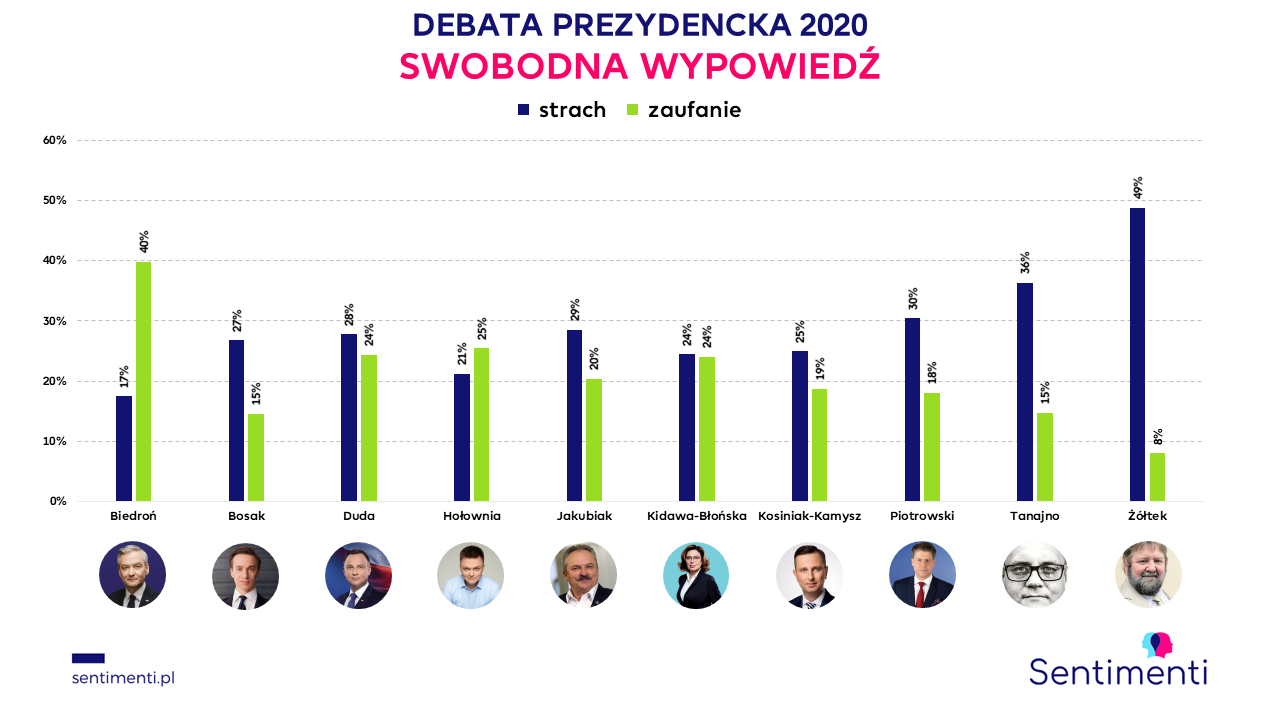 Politics is a game of emotions, and these were lacking

This time we will not present the conclusions, so we leave the presented results of the analysis to your own interpretation. However, it is worth mentioning that the format of the debate left much to be desired. From the point of view of emotions it was, above all, a spectacle for the eyes (we can not complain about the visual side). It’s hard to say anything good about the substantive layer, that is the one that shouldn’t and shouldn’t cause any emotional stimulation.

Politics is above all a game with emotions. One can risk a thesis that we did not deal with a fight for the future of Poland and its citizens but, at the most, with a more boring version of ‘One of Ten’. There was no real discussion, which would open any space for candidates to present themselves and their idea for presidency.

There was also no opportunity to show the strengths and weaknesses of the candidates. Each presented himself according to his abilities measured by few minutes of speaking time. To sum up – it is hard to say anything good about the show, during which the most stimulated person was the sign language interpreter in the corner of the screen, who probably had the opportunity to catch our attention more often.

« Emotions in words: using Sentimenti in the advertising and marketing sector Consumer emotion is tailor-made marketing »