Cyberpunk 2077: Could CD Projekt’s share price drop have been predicted?

Cyberpunk 2077 has already premiered, and the emotions surrounding this event are extreme. The inspiration for this comparative analysis came from the comments surrounding a post made by Michał Sadowski, the creator of BRAND24, on his private Facebook profile. The entry refers to the reception of the game by Internet users. Our attention was drawn in particular to comments regarding the use by investors of sentiment as an analytical tool.

Generally available media monitoring tools offer automatic sentiment analysis (quantitative) as standard. However, we should ask ourselves whether we can infer changes in emotions on the basis of such analysis? If the opinion was negative, how negative? Is it possible to draw conclusions about measurable parameters on the basis of such an analysis? Such a parameter is undoubtedly the price (course) of shares. But based on such a chart, was it possible to predict what would happen to the share price of CD Projekt?

Sentiment analysis indicates that there was a significant predominance of positive sentiment over negative sentiment (quantitatively) during the period 7-14 December 2020. Would this indicate that such sentiment was confirmed by the upward trend in the price of CD Projekt shares listed on the WSE? Below we present the share price chart for this company (creator of Cyberpunk 2077) during the corresponding period. 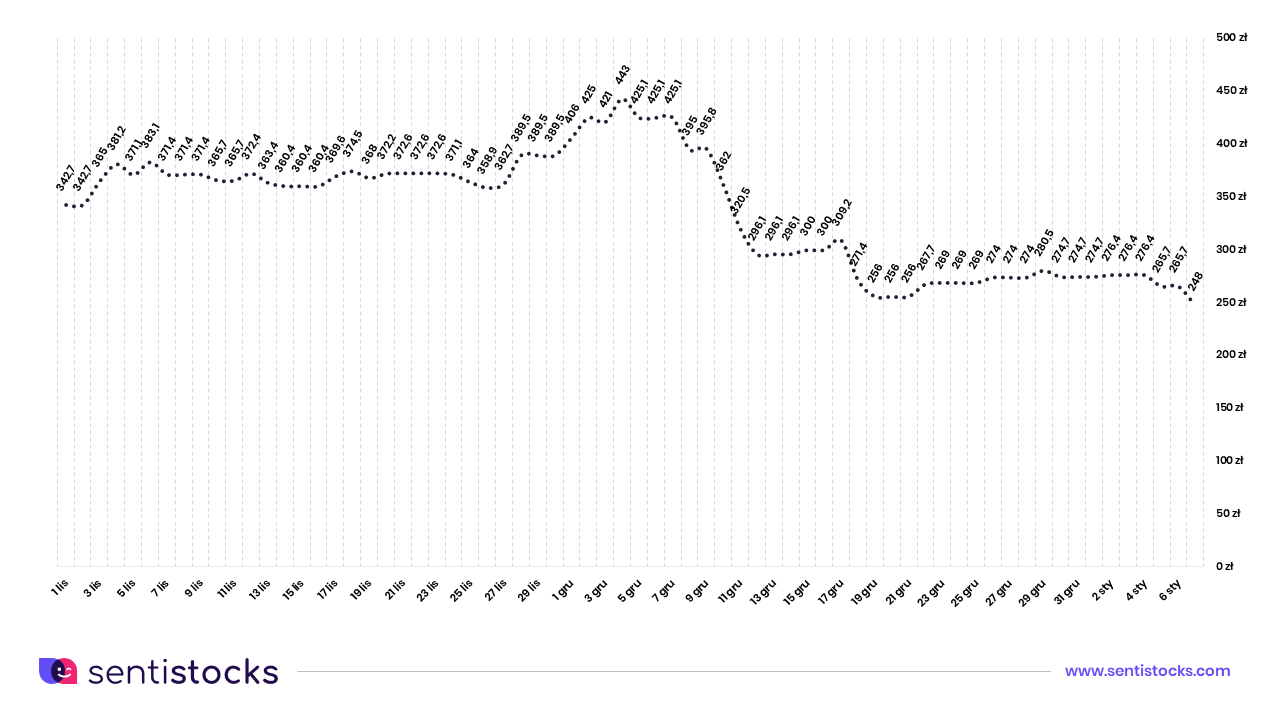 The share price chart shows the opposite situation from the sentiment chart. During the period in question (7-14 December 2020), CD Projekt’s share price recorded a significant decline, but the predominance of positive over negative sentiment visible in the tool did not indicate this at all.

Emotion analysis. Could you have predicted the stock market trend?

The answer is yes! Analyzing the intensity of the eight basic emotions (not sentiment) it was clear that two in particular stood out during this period. These were anger and trust. By observing the correlation between them we could see a specific trend behavior. We have additionally marked two key moments on the chart. 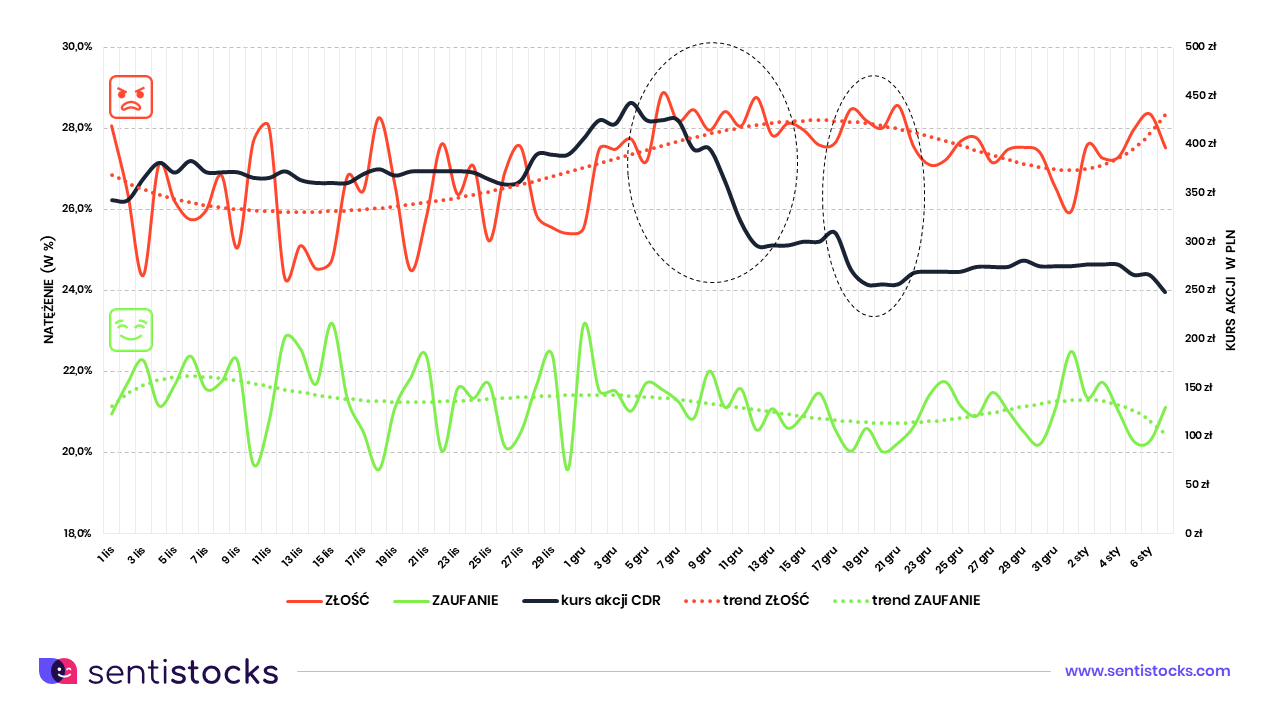 A 30% drop in the price of CD Projekt shares was recorded between December 7 and 12, 2020. Moreover, the period from December 17 to 19 last year saw another, this time 17%, price decline. It was during these time periods that the maximum divergence (i.e. the maximum difference in intensity) of the emotions ANGER and CONFIDENCE occurred.

The intensity of anger reached its maximum values with a simultaneous downward trend in the intensity of trust. What conclusion can be drawn from this? First of all the conclusion is that it was not the level of sentiment that signaled foreseeable drops of the company’s share prices. It was the emotions themselves, and more specifically the observation of changes in their intensity during a key moment for the company.

The analyzed case of the Cyberpunk 2077 game was a very simple case study for emotion analysis. It was accompanied by a huge information noise caused by the game’s release. The emotion analysis used in the SentiStocks tool therefore allows for very precise price predictions of various financial instruments. Therefore, its use can be a real support for investors in their decisions, and it can often help predict potential image crises.

At this occasion it is worth mentioning about even 85% effectiveness of emotion measurement in predicting the price of e.g. Bitcoin. Our tools perfectly cope with this. You can read more about this topic HERE.

« Is popularity a matter of emotion? Example of the series “Captive” Emotion and Sentiment Analysis in 18 Languages Effective as Never Before »