Emotion and Sentiment Analysis in 18 Languages Effective as Never Before

Emotion analysis is the primary (next to sentiment and emotional arousal analysis, of course) function of the science-based Sentimenti tools we have been developing for many years. With the new year our solution has grown in value and can handle perfectly not only Polish but also seventeen other languages. The following study proves that we do it with almost equal efficiency.

In a summary posted on our blog at the beginning of 2021, specifically on January 4, we reported on new challenges. The Sentimenti team has not settled on its laurels and is working hard to develop and improve the tools. The result? We can now analyze large collections of texts in… 18 languages! However, in order to prove (not only to ourselves) that we are doing this effectively, we decided to analyze one solid text translated into many languages, and then check the emotions, sentiment and emotional arousal it contains.

To raise the bar for our tools, we took a rather funny and often sarcasm-laden text. These requirements were met perfectly by the content of Maysoon Zayid’s speech during TEDWomen in December 2013. Zayid is a writer, actress, comedian and co-founder of New York’s Arab-American Comedy Festival. Read/watch the entire piece below, or: HERE.

Thanks to the analysis with Sentimenti tools of the content of the speech in Polish, English, German and Spanish it has been confirmed that the results of the intensity of emotions are very similar. This proves high effectiveness. But that is not all! Our systems perfectly detected sarcasm and irony contained in the speech, which at times was indeed not lacking.

Emotion analysis versus sarcasm, humor, and irony. How effective?

“I have infantile cerebral palsy. I shake all the time.” – informs the recipient Maysoon Zayid at the very beginning of her unusual, comical speech. The content of her speech is not only sarcasm, humor and irony. Above all, the writer does it with great grace. As an aside, it is worth mentioning that her speech is mainly dedicated to the fact that each of us can do anything if we want to.

She herself has walked the red carpet, starred in a movie with Adam Sandler and worked with many other artists. She has also traveled the world, and the number of things she does every day would put many a healthy person to shame. 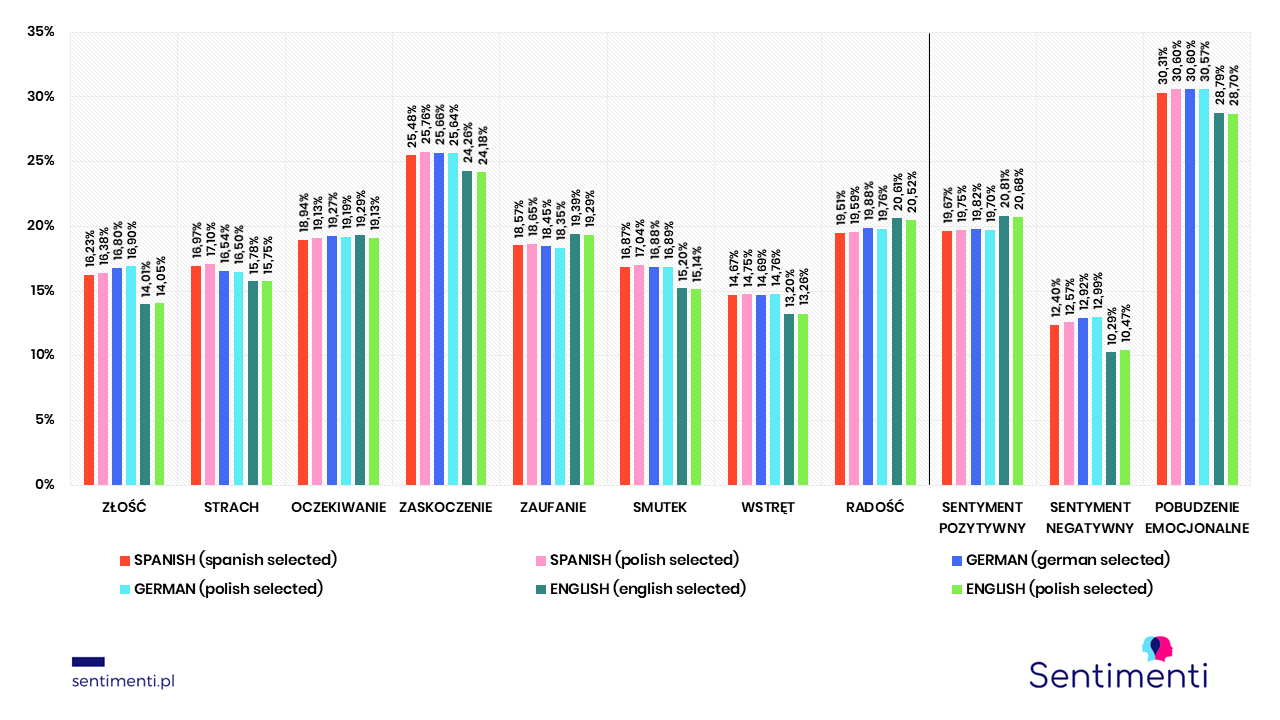 Returning to the analysis, however, the content study thus confirmed all the theses posed in the introduction. The percentage of positive sentiment, as well as the sum of the percentages of positive versus negative emotions, are higher. The text emotionally aroused mainly with positive emotions. The emotive data (on the scale), in turn, indicated the actual emotions evoked in the viewer.

This happened despite the strongly humorous style of speech throughout the speech. The emotion analysis and its results in the aforementioned languages are very similar to each other. The subtle differences (which we show in the graph below) between them are more due to the varying verbal volume of the same (in semantic terms) sentences. These differences did not exceed the value of 3%. 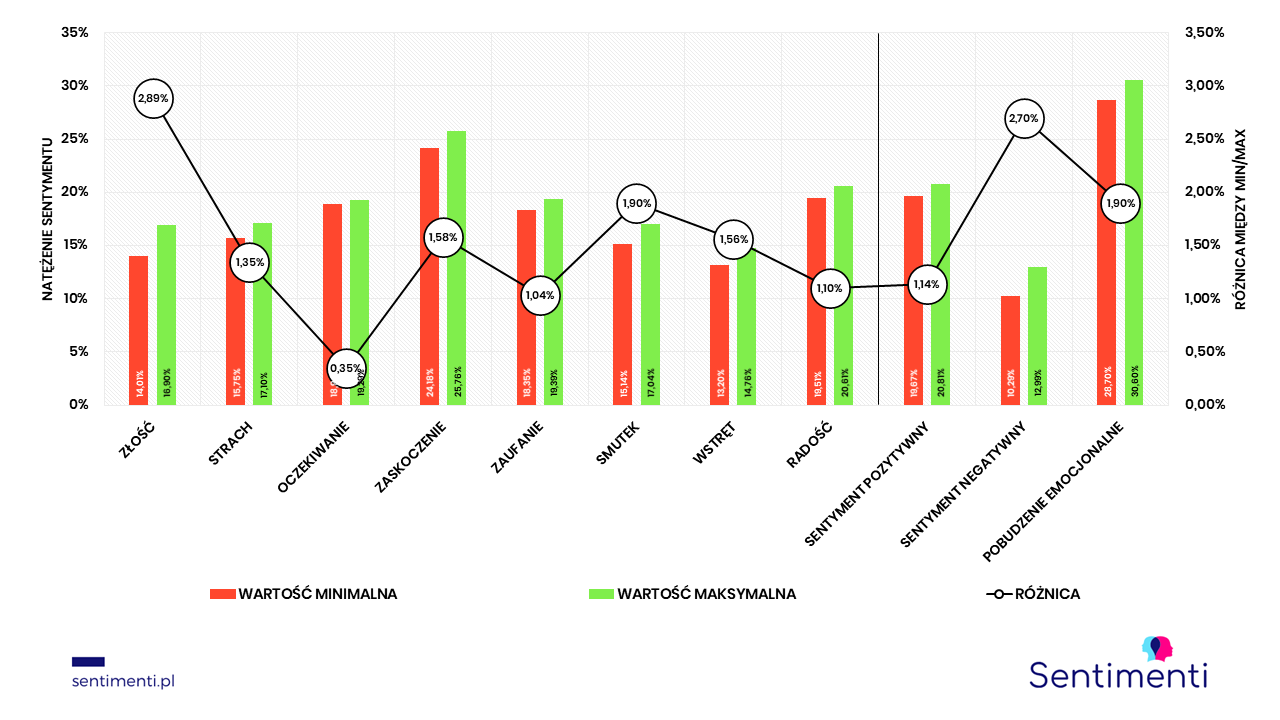 Analysis of emotion, sentiment, and emotional arousal in content has wide applications. Studying the same qualitative parameters in content in multiple languages offers even more possibilities. It is not only the analysis of web publications, extensive excerpts from books or magazines or chats with customers. Thanks to multilingual analysis we have an opportunity to get to know the attitude of the Internet towards various issues without language barrier.

The Internet is a huge space where people share opinions about everything. Internet users comment on practically every topic no matter where they are from. Therefore, we cannot remain indifferent to the potential that lies dormant here. Development of tools to analyze new languages is simply a market requirement.

Monitoring the Internet is a necessity and daily work for many companies, and researching emotions, sentiment and excitement on many markets (not only Polish) gives even more information without which it is difficult to do business.

Sentimenti tools have many applications in various fields – from e-commerce to politics, from image crisis research to customer experience. It’s also an excellent, already multilingual, research tool for various types of studies.

Additional perks? Sentimenti’s tools “read” data as if it were being done by the 20,000+ people who participated in Sentimenti’s research and creation. They also do it much faster than a manual survey. Explore our OFFER.

« Cyberpunk 2077: Could CD Projekt’s share price drop have been predicted? Sentiment versus emotion – differences in interpretation »