How information websites use emotions to describe the same subject?

We all know that information websites differ in their political, social and even economic preferences. We know that they have the same arsenal of emotions to arouse the interest of readers. But do they use it the same way? We have researched three selected portals: newsweek.pl, tvn24.pl and wpolitce.pl and we analyzed what emotions they used when writing about the presidential elections on March 30. Finally We emphasize – the content of the articles and their conclusions were not analysed, but the emotions used were examined.

Already at the stage of determining the basic emotion index (EPI). There were noticeable differences in the level of colour of arousal created by the titles of the articles. 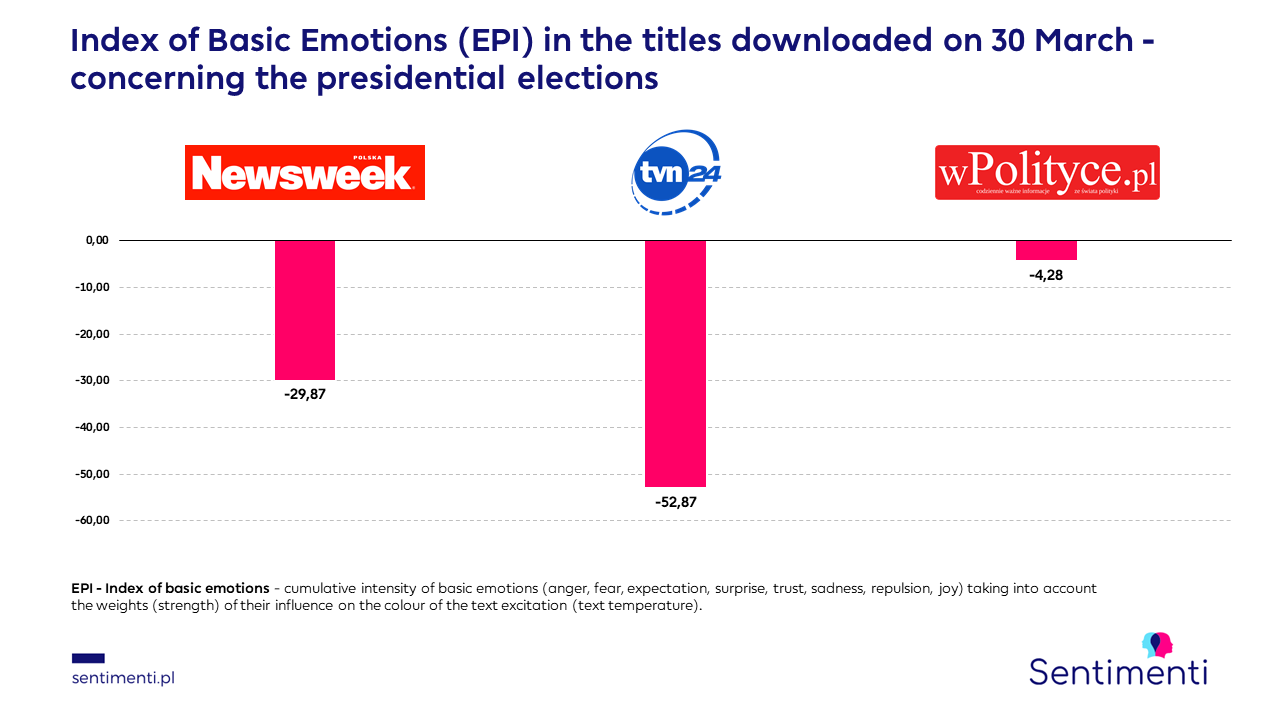 The general conclusion is that the portals surveyed wrote about the elections with a negative EPI. But the strength of this coloration was significantly different. As the graph above shows, the topic of the presidential elections with the strongest negative colouring was described by the tvn24.pl portal. In emotions similar to the neutral ones, this topic was raised by the portal wpolitce.pl.

The analysis showed the reasons for the differences in the colour strength of the stimulus as depicted by the EPI. 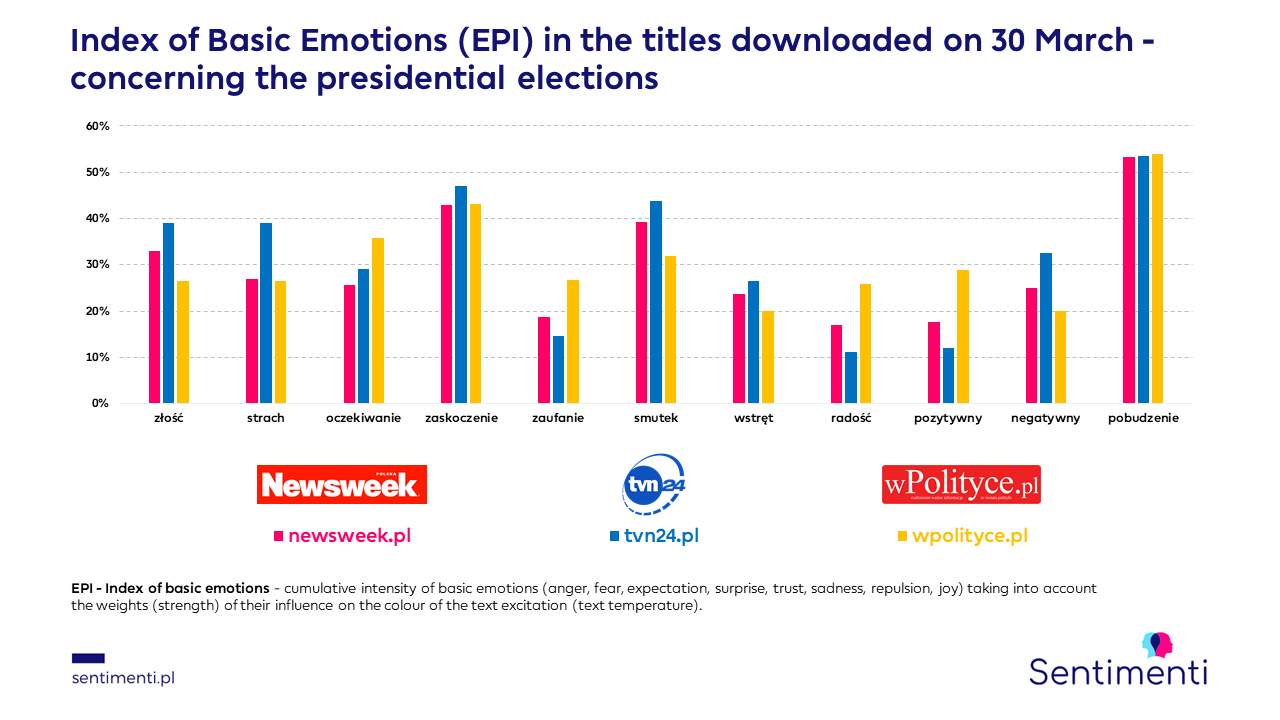 Newsweek.pl and tvn24.pl wrote about the presidential elections, based mainly on negative emotions. The intensity of anger, fear and sadness was definitely higher than trust and joy. This state of affairs caused the agitation (the temperature of the text) to have a strong negative color. And this was probably the way it affected the readers. The wpolitce.pl portal went another way. It used basic emotions balanced in terms of intensity to present its arguments. This procedure resulted in achieving an emotionally close to neutral arousal.

The question as to which of the chosen strategies for gaining readers’ attention was more effective can probably be answered in the number of page views recorded on 30 March on a given portal.