Pfizer or Moderna? AstraZeneca or Johnson? Sentiment and emotion around vaccines

The topic of vaccines, and specifically the differences between them, arouses great emotion. Analysis of Google search phrases shows that the public is still looking for information on the differences between preparations of different manufacturers. “Which vaccine to choose?”, “Moderna or Pfizer?” – are just some of them. This time we took to the workshop conversations of Internet users about five preparations. We explored the emotions and sentiment between them to see how they differ.

Pfizer or Moderna, or which vaccine to choose?

The material analyzed by our team represents a total of nearly 190,000 mentions of five vaccine manufacturers between January 1 and May 6, 2021. Content about specific manufacturers was filtered out of discussions about COVID-19 vaccines overall. Using the SentiTool tool, it only took a few minutes to get the full results.

Preparations were most often discussed by Internet users under articles on news sites. The second place in terms of discussion sites was Twitter, followed by Facebook. On news portals, Internet users discussed AstraZeneca most often. This is also where a lot of opinions about the Sputnik-V vaccine from Russia were reported online. On Twitter and Facebook, but also in other places, it was Pfizer. These two vaccines are among the most commented on. 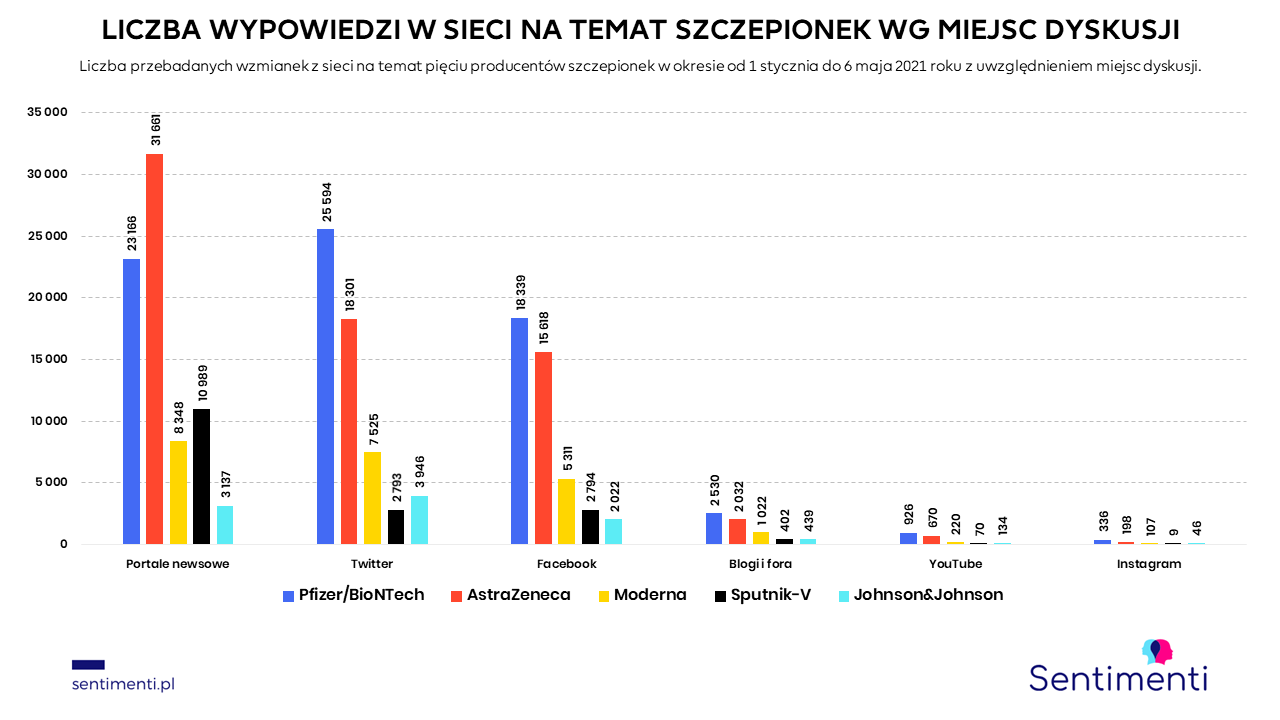 The graph of discussion dynamics (monthly data) shows that the AstraZeneca controversy has had its effect. This vaccine was discussed very intensively – most often in March this year. Johnson&Johnson was the least discussed. It is worth noting that in a significant number of opinions there were more names of preparations. 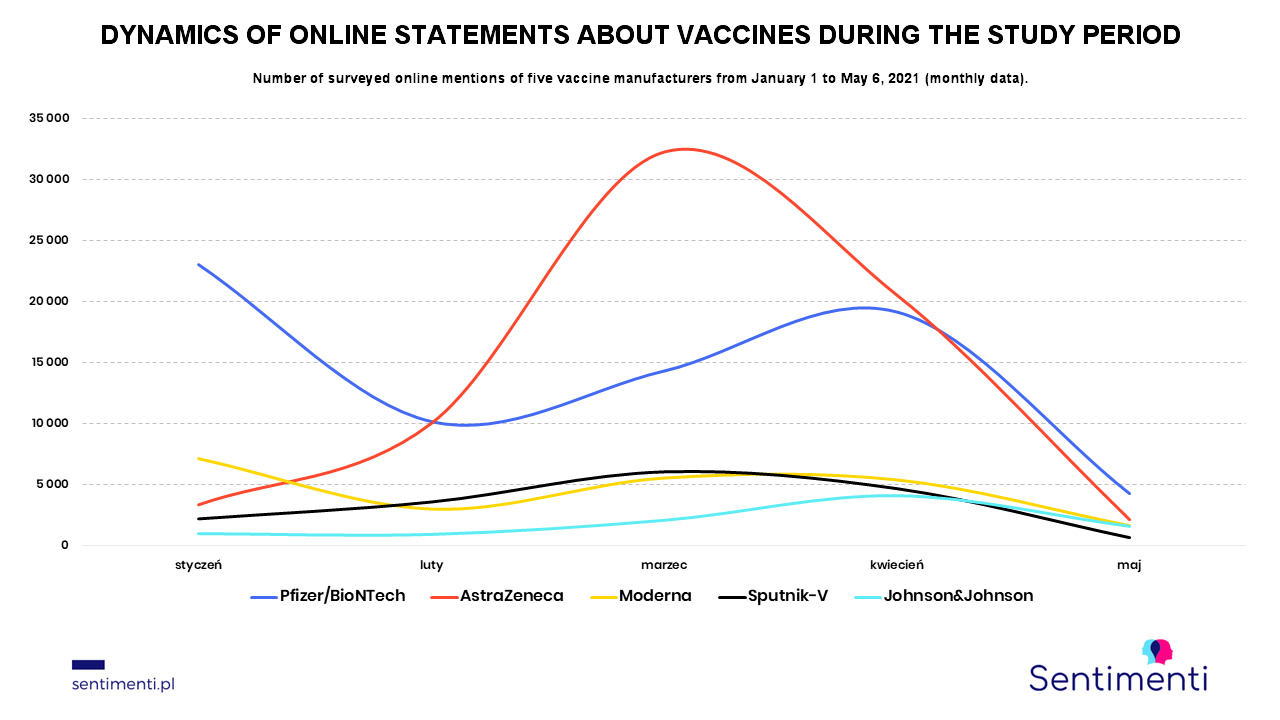 When looking at the differences in sentiment of opinion of a given vaccine versus the others, two extremes are clearly visible. Johnson’s was the most positively commented on during the study period. In contrast, the most negative statements were reported around Sputnik-V. The controversy around vaccine reactions after AstraZeneca’s vaccine ultimately did not impair the online image. More unfavorable content was seen from Pfizer, which may come as a surprise.

DIFFERENCES IN OPINION SENTIMENT BETWEEN VACCINES DURING THE STUDY PERIOD

Differences in the intensity of negative and positive sentiment inopinions on COVID-19 formulations. The graph shows how sentiment differed for each vaccine from the other four 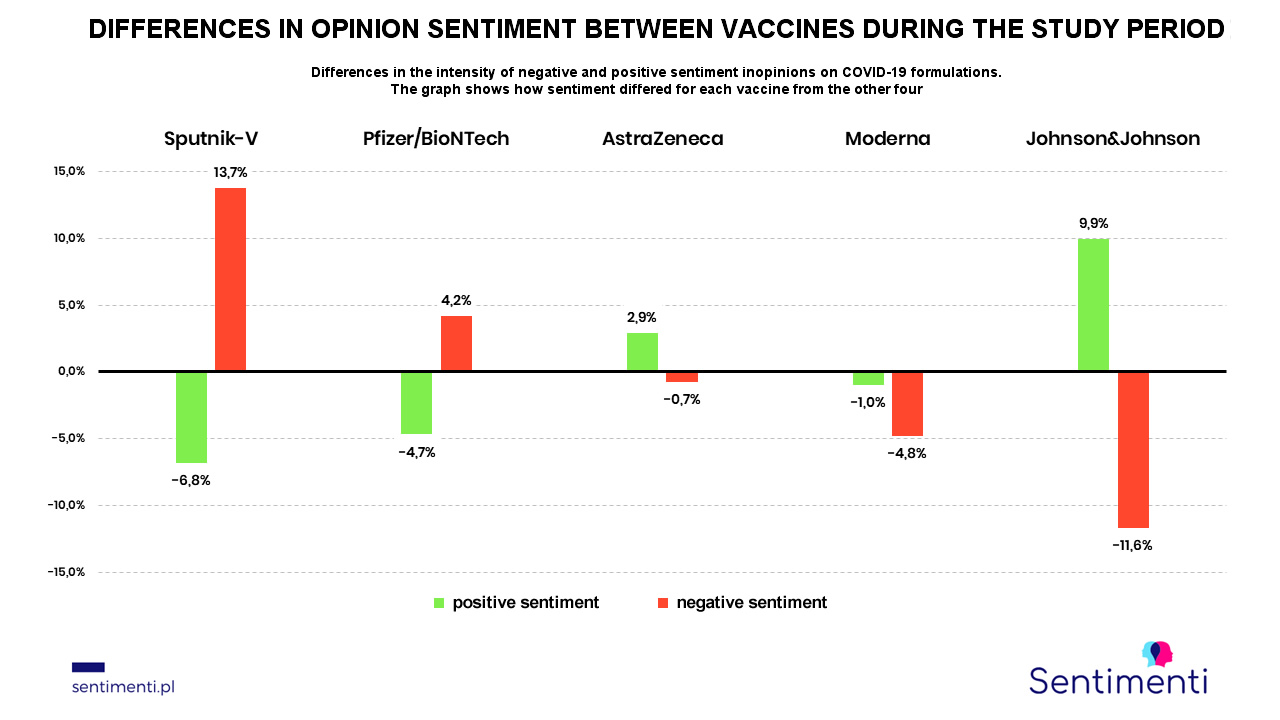 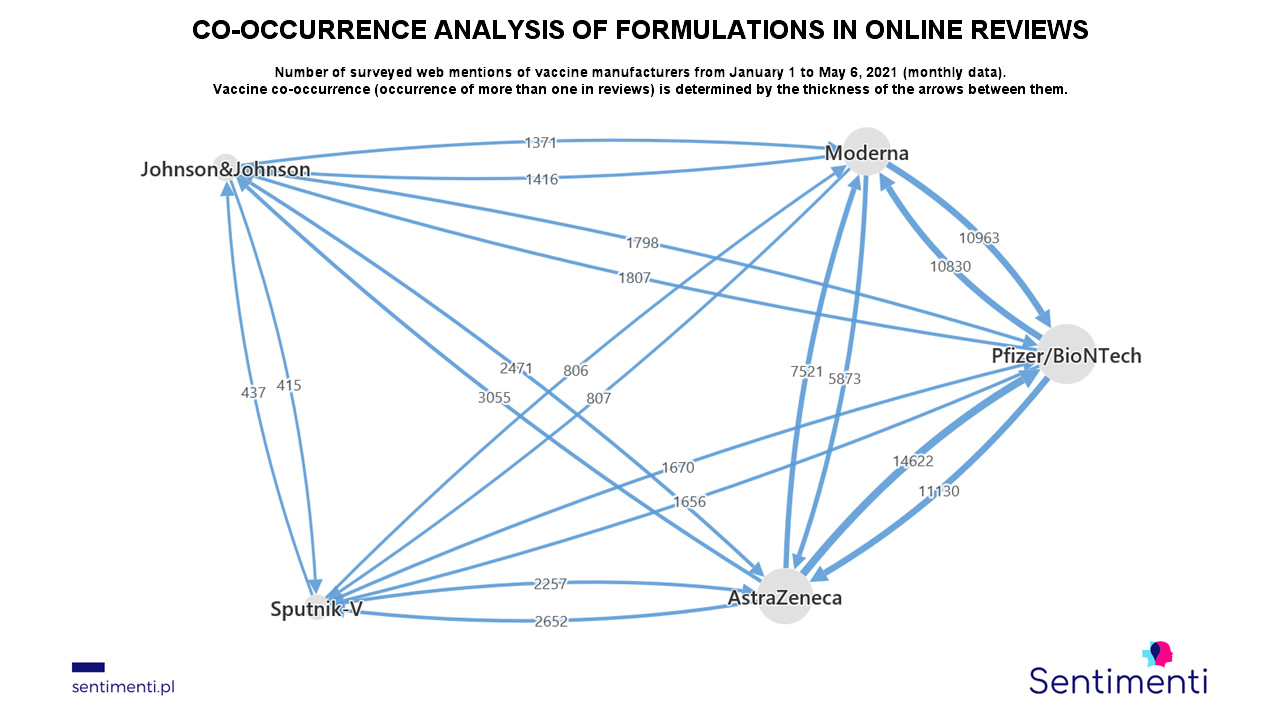 The chart below breaks the positive and negative sentiment into eight base emotions for an even closer look at vaccine opinions. Sputnik-V differed from the other formulations with a high dose of disgust (about 13% more than the others) from internet users, while Pfizer differed with fear and sadness. AstraZeneca reported a slight increase in confidence and expectation. With the same emotions, single-dose Johnson differed from the rest most on the plus side (with strong decreases in negative emotions relative to competitors). As for Moderna, there is little difference from the other four formulations against COVID-19. 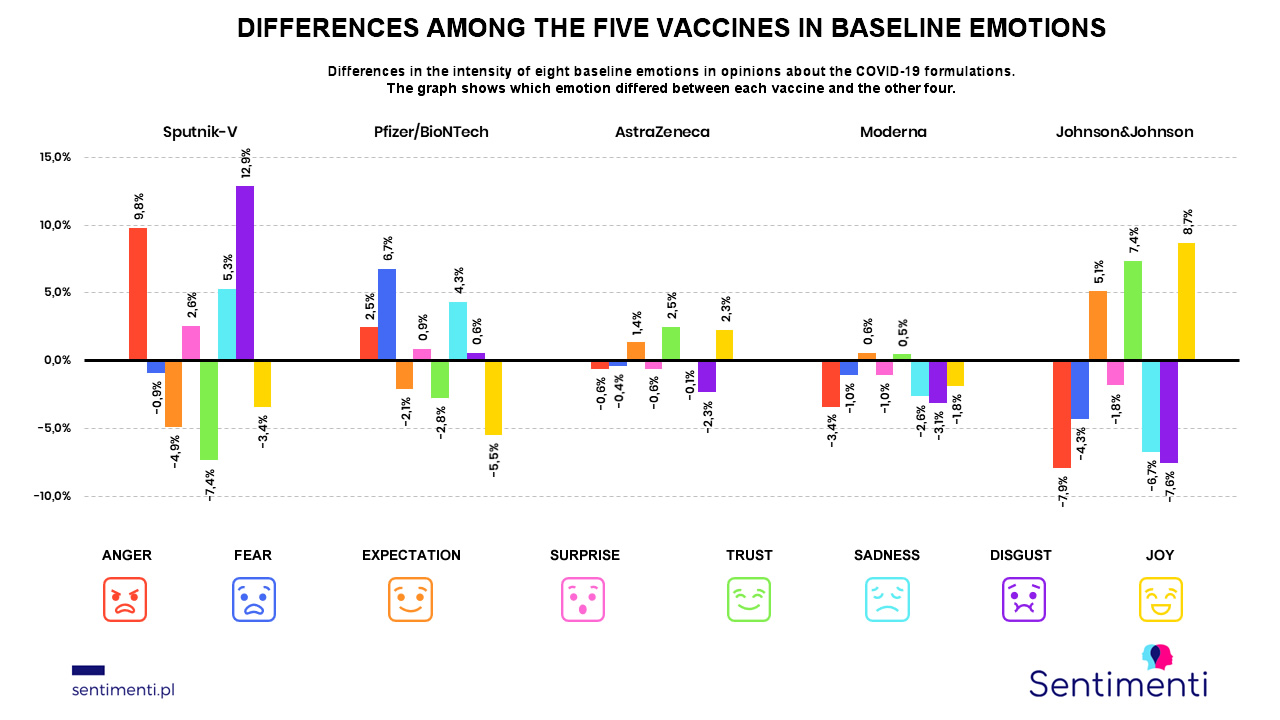 The above analysis is illustrative and informative. It does not reflect the full results of the study.